PopDogs is a mobile installation which confronts the worldwide issue of dog over-population and explores the global cycle of craving, consumption and abandonment that happens when an object of desire becomes unwanted.

PopDogs is a giant popcorn machine which appears to spew out toy dogs at an alarming speed, mimicking the birth rate of real dogs worldwide. The toy dogs are frozen in a cascade out of the PopDogs’ container and seem to overflow onto the surrounding floor like a popcorn machine left unattended.

The public viewer is welcomed to make mental connections between this absurd spectacle and the millions of domestic animals that come into the world and are subsequently abandoned, ignored or destroyed—the sheer volume is clearly unsustainable.

For this installation, I replaced the edible contents of a traditional popcorn machine with 1200 stuffed toy dogs The installation is 15 feet high D 7 feet L 5 feet. Four oversized red and white striped popcorn bags surround the main machine, representing the dogs overpopulation in four world-wide cities, including New York, Paris, Shanghai and Rio de Janeiro, all municipalities in which dog overpopulation has caused four unique sets of challenges and dilemmas, cities where PopDogs is slated to travel.

PopDogs was exhibited at the Queens Museum Of Art complemented by a educational roundtable discussion panel. Experts in the fields of city management, dog breeding and care, state-run animal shelters and animal advocacy organizations were invited to participate in a public forum. This is meant to function as a conversation starter—a judgment free and informative environment in which viable solutions to our dog overpopulation issues can be discussed.

“PopDogs was declared as the best 5 out of 150 installations at Figment in 2013 and has received positive press reviews in the Art observer and Public Art Review magazine issue 49 where it was described as a “public art Project that elevates the quality of life by turning the places we share—cities, parks, and neighborhoods into meaningful, regenerative spaces.” 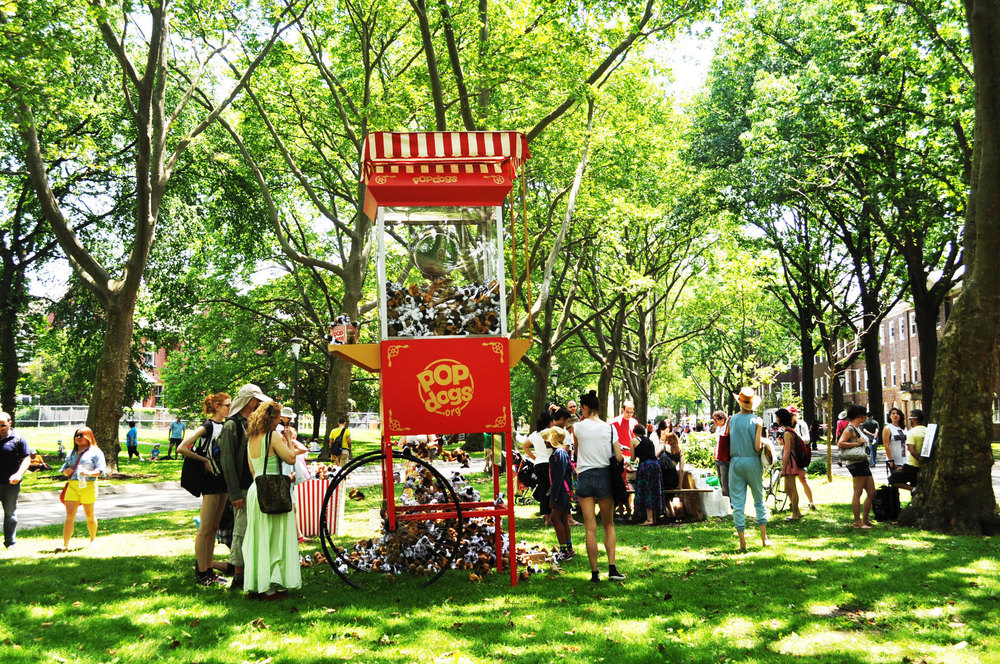 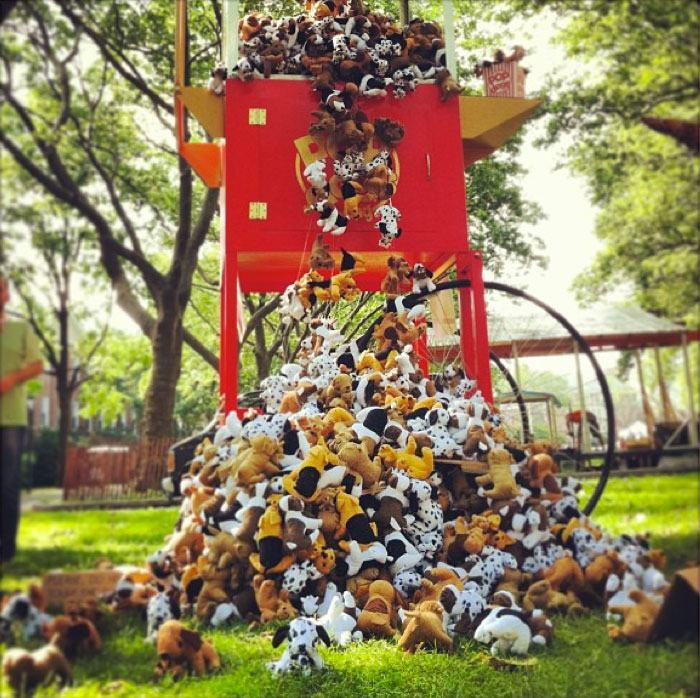 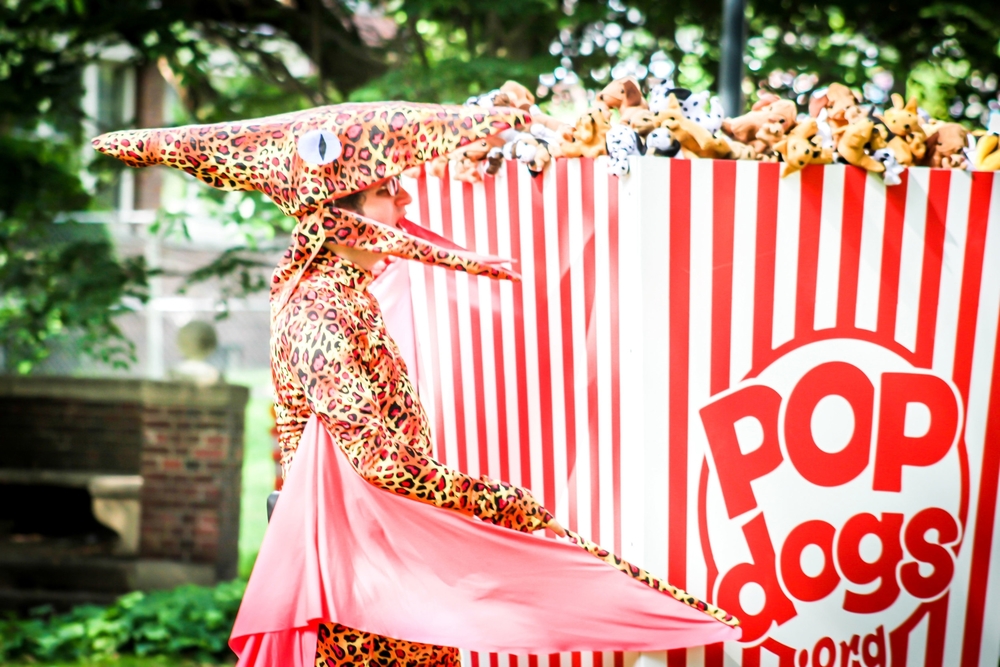 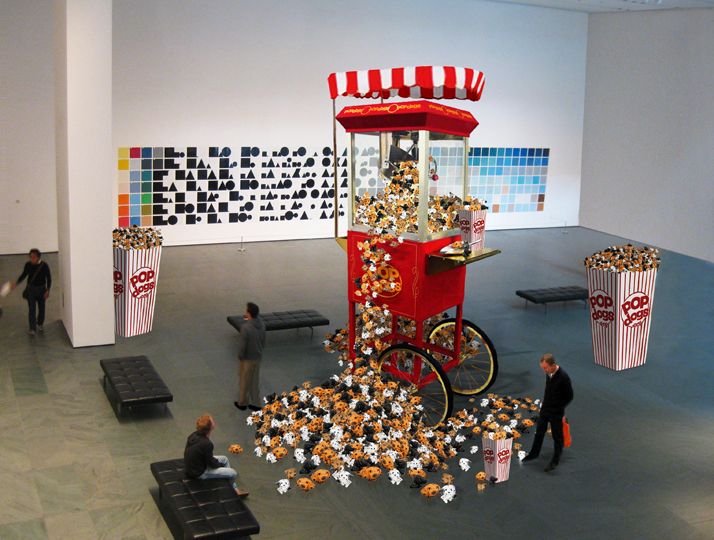 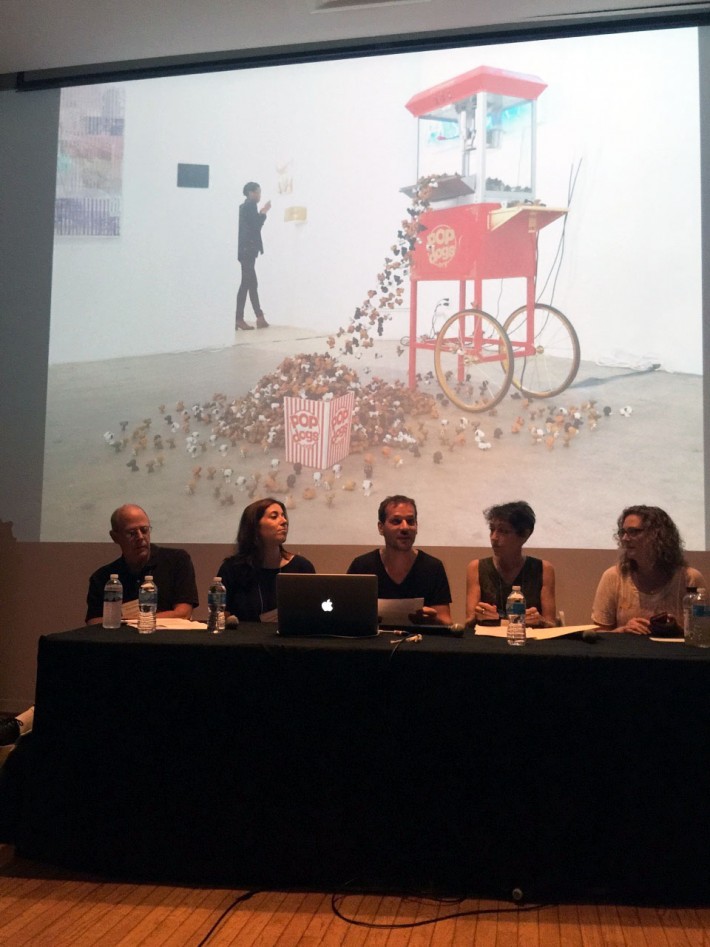 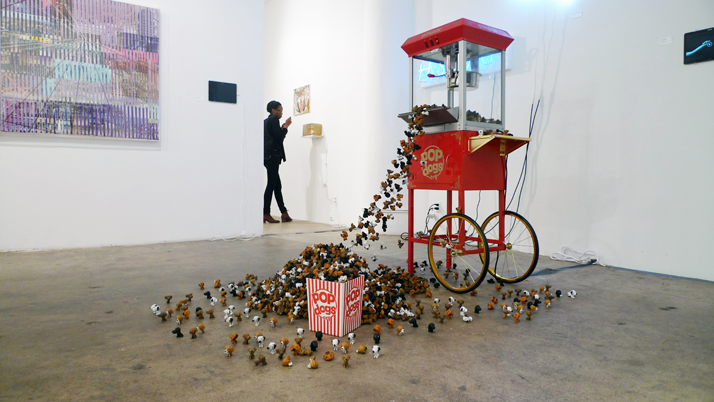